We use cookies to collect data and enhance user experience.
By clicking "I agree", you accept cookies to be placed.
I agree
home

ICE London 2019 that occupied the ExCel London exhibition center on three February days was impressive due to the massive scale and the newest innovations in the world of iGaming. Actually, as it has always been. The event successfully engaged its numerous guests and visitors with top-notch content, new technology solutions, and those stunning opportunities for networking with representatives of industry giants. I also visited this amazing event on 5-7 February 2019. And now I’m going to share with my ICE London insight. 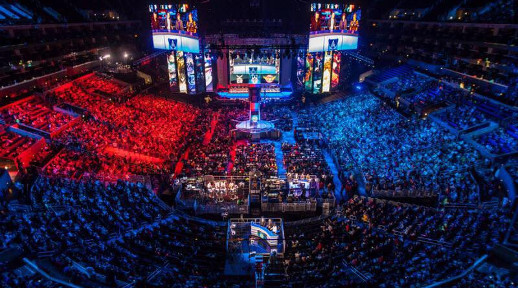 I’ve seen a lot of software developers which presented many new things there – updated games, online and offline technologies, etc. Further, I will mention the most interesting providers and their products.

The bright unveiling of a new video slot with a new branded title Village People® Macho Moves grabbed visitors’ attention with a dance performance accompanied by famous retro tunes. And for a reason. The idea of a slot game was inspired by the extremely popular American disco group in the 1970s – Village People.

The game takes players to the disco scene with featured cartoonish characters in stage costumes presenting the six members of the Village People group. The video slot was designed with colorful graphics of typical 70s dancefloor with spotlights at the background and dynamic animations. The top hits of the famous group are tuning from the jukebox when you are spinning the reels.

The video slot with 6 reels and 3 rows was produced exclusively for Microgaming by the Fortune Factory Studios, a game development company that collaborates with the veteran game supplier.  The slot game has free spins and bonus rounds features and is available for play from mobile phones, tablets, and PCs from 0.20 per spin.

Aristocrat and Game of Thrones Slot

Aristocrat Technologies is an Australian-based gaming software company, which is well-known for its progressive jackpots and numerous slot games, as well as offline games and casino hardware products.

At ICE London 2019, the company impressed the world with the progress in the development and design they have made. The introduced autoplay functionality, more convenient credit conversion, and improvements to the user interface received great feedback from the audience. It contributed to the faster release of the company’s products like Lucky Fortune to EMAE markets and beyond.

Aristocrat’s Games of Thrones slot machine made a hit back in 2016. The company decided to benefit from its success and released the second slot Game of Thrones Fire & Blood in 2018. The game got a lot of prizes at Global Gaming Gaming EXPO. A reel power game offers 5400 ways to win and features multiple bonuses such as extra wilds and reel growth. No wonder that recently released pokie with new multi-site progressive, new exciting gameplay, driven by flame55’s unique configuration is so highly evaluated.

Playtech and Betting on Sports

Playtech BGT Sports presented a number of exciting solutions and new features at ICE London 2019. Cashless function Tap2bet, which allows placing bets with the user’s debit card simply by tap move is one of the new features implemented in the Playtech’s self-service betting terminals. Paddy Power’s shops became the first to test and integrate this solution. Moreover, this feature will be combined with Bet Recommender engine, an AI-powered tool, that will provide interesting content to shop customers.

With a focus on customer engagement, retention, and loyalty Playtech BGT Sports showcased the state-of-the-art gamification program – Level-Up. The best part of it is that the program operates across sportsbooks and casino products developed by Playtech. Level-Up will notify on user’s progression, new promotion or event, and educate on how to use new features. It rewards for each user’s action in real-time providing exclusive betting trophies and missions, engagement triggered prizes and other various incentives.

In fact, this is the first ready-for-use gamification product of such kind in the iGaming industry.

Technologies of Offline gambling We Should Be Aware of 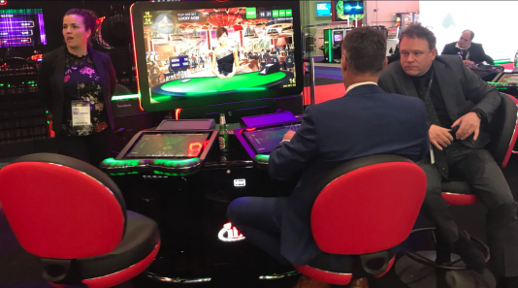 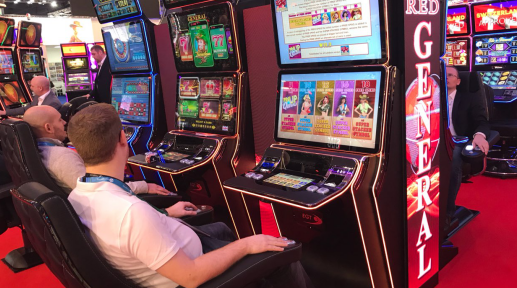 ICE London Expo 2019 was buzzing and crowded during all 3 days because there were a lot of remarkable new technologies to test and striking new games to experience. Every day you could discover something new. A large portion of attention was dedicated to the sports betting sector. It’s no coincidence. The repeal of PASPA law by the US Supreme Court, which has been restricting sports betting for almost 25 years, opened new opportunities for iGaming and Sportsbook companies. ICE London became a perfect venue for entering into gaming jurisdictions in about 150 countries.